Playoff Schedule & break down of the top Canadians playing NCJAA this season. 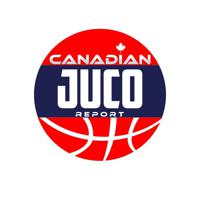 Recruiting top talent out of junior colleges is a constant in the NCAA basketball world. Plenty of excellent prospects have come to D1 programs and played at a high level out of the JUCO ranks.

So where are the top junior college hotbeds that NCAA programs recruit from? Well, they primarily come from the big three states for JUCO basketball - Florida, Texas, and Kansas. Albeit some powerhouses are located in remote locations like undefeated Hill College from Iowa.

While many schools do not even attempt to recruit junior college players, there are some coaches who have made a living off of it.

Big name programs, rarely have to step into the JUCO ranks, while other schools can find a diamond in the rough. With the lifespan of a college coach seeming to be shorter these days, the trend of scouring JUCO ranks is becoming more modern by the year. It boils down to production between junior college players and high school talent. The JUCO prospect is most likely more physically mature and adept at a strong fast-paced level of play.

While some JUCO players come with a little bit of baggage, they can offer big rewards. Like any other year, there are talented junior college players who will make an immediate impact on teams. Here are 10 JUCO Canadian players and some who we feel can make an make an immediate impact next season. Take the 'potential' out of your recruiting and ponder some 'production' from the north who are chasing the dream playing JUCO in the south.

1996 born 6-3 guard from Brampton, ON has been all BANDOS during his JUCO career. In 2016-17 he was instrumental in Hutchinson's national title run. Leading them as a No.4  seed (35-2) to an 84-58 victory over No. 6 Eastern Florida State for the schools first NJCAA title since 1994. In the National Championship, box-score Bandoo finished with a game-high 22 points on 10-of 17 shooting.

This season Bandoo has improved his scoring numbers from 13 points per game to 16 points. He has also turned thirty percent shooting behind the arc into a formidable forty percent.

For Hutchinson, Devonte does most of the scoring and comes through again and again and again. Bandoo on Saturday poured in a dazzling 23 points in a 77-51 win over Independence. If your staff is trying to get more athletic in the backcourt Bandoo fits the bill. After picking up a Buffalo offer last summer and recently adding offers from West Virginia and New Mexico now Oklahoma and Kansas State have also been linked to Bandoo too.

NEXT UP: March 4th vs Independence

1997 born 6-7 forward has been a force to be reckoned with averaging a double-double (13 ppg, 10 ppg) on the wing this season for his Wyoming based college Gillette.  Last season Gillette was 32-4 and this season they've continued their winning ways to the tune of 26-4 which is good enough for a top 25 ranking. Edwin had an enormous stretch this season that saw the Montreal, QC native go six straight contests with a double-double including a 24 point, 18 rebound performance. Jeudy last week in two victories recorded 19 and 14 then followed it up with 11 and 7. This is what the Haitian born, Canadian raised prospect does. He's an underrated athlete that possesses nice length and the ability to get off the ground quickly from the wing. Jeudy's length is also a great weapon defensively, combining with great timing to make him a very good shot blocker.

On the recruiting scene, Jeudy holds an offer from Binghamton, Coppin State, and Lamar U. Also garnering interest from University of Portland, University of South Florida, the University of North Carolina at Wilmington, Stephen F. Austin and Florida Atlantic University just to name a few.

NEXT UP: March 3rd vs Miles CC

This 1997 born 6- 7 guard from Vancouver, BC is at Odessa, TX after one season with New Mexico State that saw him feature in 31 games and start 15. In 21 minutes for the Aggies Hailey averaged 4 points per game. After head coach Paul Weir bolted Hailey transferred. Standing 6-7 with an improving jumper, Haley possesses physical tools and a versatile skill set to contribute to a mid to high major program next season.  On February 19th vs Howard College Hailey registered a season-high 39 minutes and delivered a 9-for-16 shooting display en route to a 22 point, 6 rebound, 6 assist performance.

Hailey isn't always consistent with his jump shot but he's definitely a prospect that lots of teams will want to get their hands on. Buzz surrounding Hailey is NBA G-League representatives have reached out to Hailey's camp and so have UNLV, New Mexico, Washington and Washington State who've offered the Canadian enigma recently.

Next Up: March 1st vs South Plains CC

This 1997 born 6-foot-2 Canadian with Nigerian blood has made significant strides you want to see from your freshman to sophomore season. Nuga last season only featured in 19 games averaging just under fifteen minutes per contest. This season 30 games played and is averaging almost 15 points in only 23 minutes. Nugas offer list is already buzzing with Utah State, Kent State, Portland State, Sam Houston State and Jacksonville University already offering.

The explosive Nuga can play the point in a pinch but can also be a big threat as a wing player. Of this list, he is youngest and in the finest form. In his last five contests entering the conference tournament, Nuga is averaging an eye-opening 25 points per game.

Next Up: March 7 vs Chipola

1997 born 5-11 and 165 pounds point guard Ali was slept on during his high school days playing with an off-beat AAU team and high school from Toronto. Wrapping up his sophomore season playing JUCO Ali has been to Eastern Florida State what Stephon Marbury has been to Chinese basketball, a Godsend. Ali who scored 12 in the national championship game last March has improved his points per game from 15.9 ppg in 2016-17 to 18.7 ppg in the 2017-18 season. Ali is a scorer in every sense of the word, he looks to attack at all times and does not let up. This scoring machine combines a quick first step with a variety of nice moves off the dribble too.

This Kent State signee is off the market but has his team in good position to make another national title run and Ali is the catalyst. As evident by being named his conference player of the year on Tuesday.

Next Up: March 7 vs Chipola

1997 born 5-11 Montague featured in 19 games for D1 program Pacific in 2016-17 but only four playing more than 19 minutes. Led his grad team Mountain Mission in Grundy, VA to 29 wins the year prior. Now has Barton ranked nationally with 25 wins entering the Cougars conference tournament. This old-fashioned point guard is the purest point guard in the Canadian JUCO field who brings toughness on the defensive end with his 185-pound frame, in addition to formidable outside shot and rare floor general traits whose first thought is to find an open teammate. Montague utilizes the pick and roll well and finds screeners excellent.  If your team does a lot of screen and pop or screen and roll Montague can orchestrate it smoothly.

Recruitment wise Montague remains unsigned. With a  strong postseason run and many D1 program seasons coming to an end this will change in the upcoming months. Especially if he continues to score like last Saturday when Montague struck for his career high six long balls going 6-of-8 behind the arc to lead the Cougars with twenty points against rivals conference champs Coffeyville

NEXT UP March 1st vs Dodge City

Born late in 1996 this 6-7 wing has been a major piece to the puzzle for Gillette over the past two seasons. Where they have won 55 plus games. The Canadian with Somalian blood last year delivered 13 points and 6 rebounds per game in 23 minutes. This year he's remained unselfish but still managed to deliver the goods and increase his scoring output. In thirty contests this season Mohamed has only failed to score in double digits twice. Something he hasn't done since December 16th, a streak of 15 straight. Missouri State was the domino in his recruitment becoming his first official offer while he remains in contact with multiple schools. With postseason coming up, and you consider the length and shooting skill here Mohamed should be a hot commodity when coaches are fired and settling in next month. Especially if you covet 6-7 and 200 pounds that can play wing but can slide down to the four spot if needed.

NEXT UP: March 3rd vs Miles CC

Former Henry Carr standout 6-7, 200lb Toronto native played his 2016-17  freshman season at Hill College and competed in 28 games, starting six… averaged 7.9 points and 5.9 rebounds in just over 17 minutes per game. Bailey is a great shooter with good size and can play multiple positions. Portland State loved his combination of size and skill and secured his services for 2018 back in September. This season in a stretch of five games between  February 3rd and February 21st Bailey averaged  14.8 points per game shooting 46% from the field (23/68 FG).

Next Up: February 28 vs McLennan

1997 born 6-7 Hamlet averaged 8.4 points and 6.3 rebounds during his freshman season at Polk State CC in Florida. After transferring to Mineral College last fall the University of Central Michigan picked up his signature for next season.

This year his number have been similar to last season. Hamlet has an extensive high school resume that saw him play in California, New Jersey, and Pennsylvania. He boasts some of the best footwork for bigs in the Canadian 1997 generation one that includes Maryland sophomore 6-8 Justin Jackson and Rutgers 6-7 Eugene Omoruyi.  When it comes to craft around the basket and effectiveness Central Michigan will benefit.

NEXT UP: March 1st vs State Fair

Oldest of the point guard bunch and only one not playing for an NCJAA team in the top 25 poll. Much like Ali Brooks is an undersized painfully lightweight scoring first guard. However, if you covet a microwave scorer to make a run at the sixth man of your conference Brooks is that type of Lou Williams clone. Last year as a freshman at Clarendon, Brooks had the similar eye-opening numbers with the keys to the team and green light. Clarendon finished the season with a thirteen game losing streak but to his credit as the lead guard this season they completely turned things around ahead of postseason play this year.  A walking bucket at times Brooks is a great 1 on 1 scorer.  His forte is shooting from everywhere but he also has a good clip of attacking the basket and drawing fouls.

NEXT UP: March 1 vs Frank Phillips